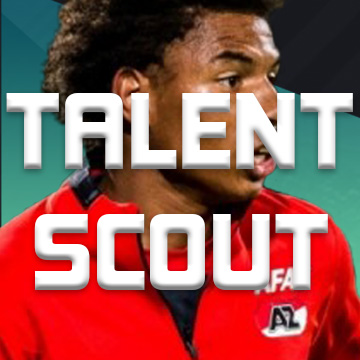 There was a new name in the Netherlands squad that was announced this morning by Ronald Koeman as AZ Alkmaar’s 20 year-old winger Calvin Stengs received his first call-up for the Oranje.

The rangy wideman might already be a household name if circumstances had been different. He started the first game of the 2017/18 season against PSV, but his full AZ debut was cut cruelly short as he tore his ACL in the first ten minutes, which ended his season before it had really started.

Stengs returned from injury in November 2018 and played his way back to full fitness with 3 goals and 4 assists in 21 appearances as AZ finished 4th in last season’s Eredivisie behind the big three Ajax, PSV and Feyenoord.

This season Stengs and AZ have taken the Eredivisie by storm. They sit second to champions Ajax following an astonishing 4-0 win over PSV at the weekend. Manager Arne Slot has an array of talented youngsters at his disposal with left-back Owen Wijndal (19), midfielders Teun Koopmeiers (21) and Dani de Wit (21) all catching the eye this season.

It is their young forward line where the real talent lies though, with 23 year-old Oussama Idrissi, Stengs and 18 year-old Myron Boadu forming a formidale strikeforce that has 26 goals between them already this season.

Stengs usually starts on the right of the front three but has licence to roam inside onto his stronger left-foot, and combines the pace and dribbling of a winger with the grace and elegance of a traditional number 10.

With 8 goals and 10 assists already this season, his national team call-up was no surprise and it is up to him to grasp his chance in the upcoming qualifiers against Northern Ireland and Estonia.